Apologies for the short post yesterday.  Jet lag is a bitch that just won’t die. This post will be longer, I promise! To make it up to you, here’s a picture of Yamateh with Mushi.

Aww will you look at that?

I’m pretty sure that picture defies all sorts of laws of nature.

Anyways, Day 1 is media day!  On the agenda today – official team photoshoot and audio session. The day started lazily, breakfast followed by lazing around/chit-chatting. The entire Zenith team retired early last night (like, 4pm Seattle time) and thus, was up at 6am. As usual, Valve spared no expense in accommodation for the teams. 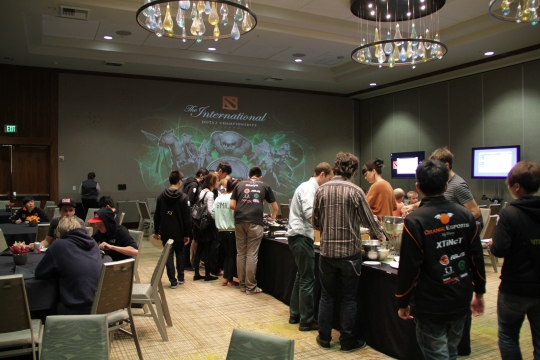 Sumptuous buffet spread, LCD screens broadcasting replays of tournament matches, a freaking DotA 2 The International wallpaper – you get the idea. The Westin Bellevue is a pretty neat place but most of the team felt that it was a small step down from last year’s Hyatt Regency. There were minor inconveniences here and there but really, we could have no complaints. 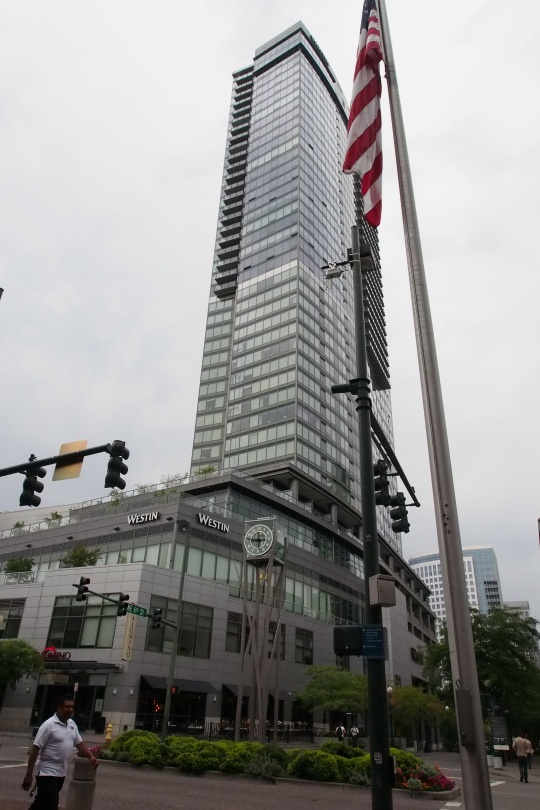 The difference between this year and last is that there will not be any games played at the Valve offices. All boot camp and group stage matches will be played in meeting rooms at the Westin. Yeah, that’s right. Valve shipped over a hundred computers and set them up in rooms all over the hotel. The good thing is that all teams get a private room of their own (mostly) instead of having to share rooms last year. The bad thing is that we don’t get to terrorize the Valve office complex. Or rather, the lunch area with all the gosu snacks and beverages.

I always thought it was spelt Clockwerk.

A furryfish trying to peek into a room called Luna. 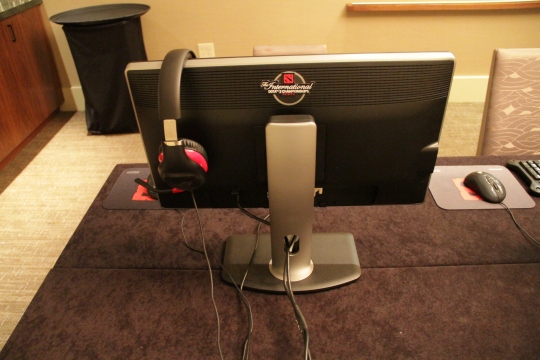 Valve – ever the stickler for details. Ha ha. 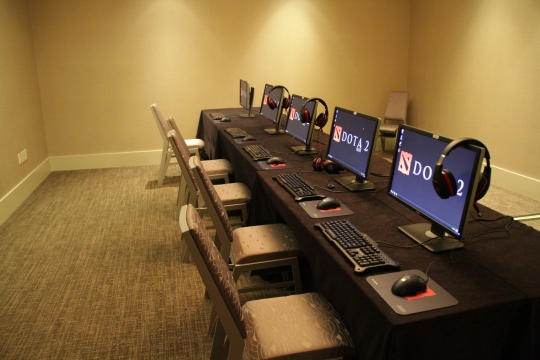 The set up in each of the rooms.

The cool thing about all the rooms is that they’re named after DotA 2 heroes. We spotted Luna, Windrunner, Warlock, Clockwork, Tiny etc etc. Valve booked up almost entirely the second floor to dedicate the level to playing rooms for the teams, complete with refreshments of snacks and soft drinks.

There was also a media room where Zenith spent a couple of hours. Photos were taken, audio clips were recorded for use on the official DotA 2 livestream of the tournament.

Just get it over and done with already….

In case you forgot who our lineup consists of, we have a series of pictures to refresh your memory. 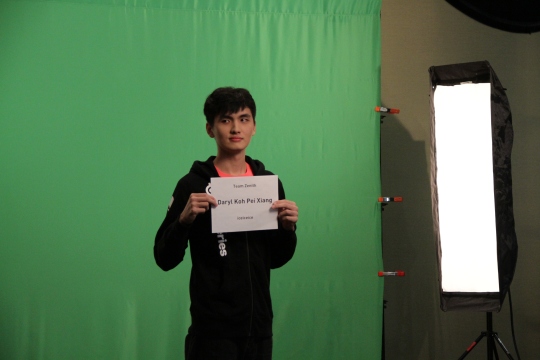 This media shoot took up a good chunk of the day. After which, we managed to get a hold of Orange.Neolution and both teams agreed to a round of training since there was time to spare. Because the rooms were not properly set up yet, both teams took a 45-minute cab ride down to Lynnwood to Gameclucks LAN centre to have a quick bout of practice with each other before retiring for the night.

Now you know who Ice’s biggest fan is, don’t you?

The mood was rather relaxed among all the teams. I gather that it’s mostly because not everyone has arrived yet or that most people (especially the Asian teams) are still trying to conquer jet lag. I am expecting players to get a little more anxious after the boot camp starts tomorrow. Asian teams will be able to play European teams and everyone will be able to get a better feel of where they stand among the 16. So get all the rest you can these two days, everyone. There will be a lot of DotA 2 action to be caught once the group stages begin.

And of course, watch out for daily updates over here. Goodnight!